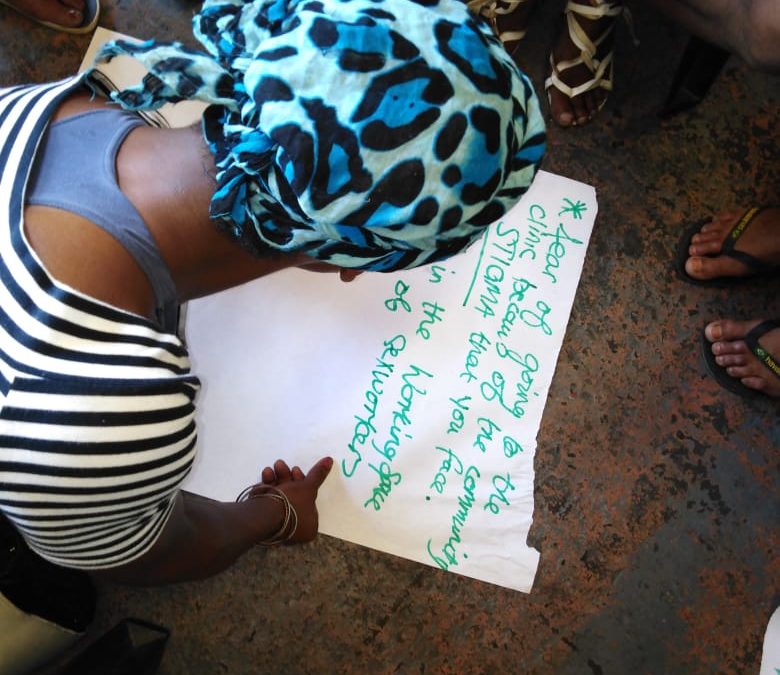 TB HIV Care was invited to partner with the National Department of Health (NDOH) on a Social and Behaviour Change Communication (SBCC) grant.  Asanda Ngoasheng (Project Manager) and Chanelle Munick (Project Administrator) joined the team to manage the three-month campaign.

The campaign is aimed at three target markets, namely adolescent girls and young women (15-24), men who have sex with men (MSM) and sex workers. This project is about empowering women, men who have sex with men and sex workers to make the right choices as each action has consequences. The campaign will focus on TV and radio public service announcements (PSAs), community dialogues and health calendar day-focused events organised around the key campaign messages of:

An important component of the SBCC project is community dialogue,  and TB HIV Care joined Sisonke/SWEAT’s ‘Creative Spaces’ initiative to host a conversation with sex workers.

Asanda Ngoasheng led the conversation and shared SBCC Project messages with the twenty-nine sex workers present. They, in turn,  shared their stories of facing discrimination and stigma in clinics, both as sex workers and as people living with HIV. They also shared tried and tested condom negotiation tactics that they use on clients.

Although the topic was serious, there was a jovial mood and happiness at being able to tell their stories and hopefully inspire others to live healthy lives while working in a high-risk industry.

This week the project reached a major milestone when the TV and radio campaign kicked off on the SABC.

The messages portrayed on TV (and then translated into radio skits) focus on the following themes:

The response to the messages so far has been phenomenal, with many people using our dedicated WhatsApp line to ask further questions and seek help for their health concerns.

If you are interested in finding out more about the campaign please click on the following links below: 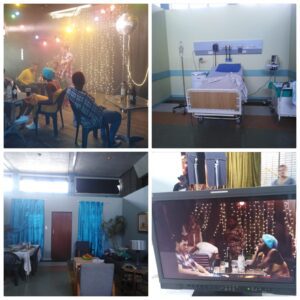 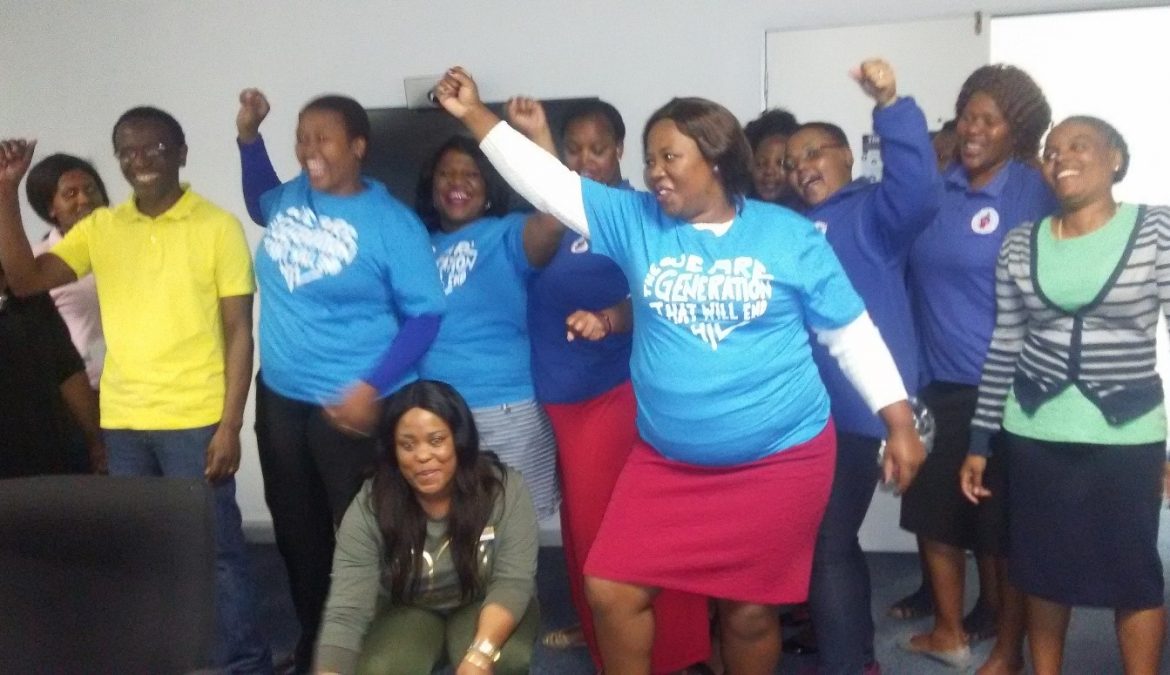 Community peer mobilisers and educators are the most important communication tool for health promotion and uptake of the different HIV prevention options that science has availed.

To hone the skills of these front-line health workers, who are working with adolescent girls and young women (AGYW) in uMgungundlovu (KZN), an intensive workshop on community mobilisation for HIV prevention was conducted from 7-8 May, 2018.

The training started with an overview of the HIV epidemic in South Africa and narrowed the focus to AGYW, highlighting the burden they carry as well as the combination HIV prevention options available to them –  which will soon include PrEP.

Thoughtful engagement and discussions on the importance of community mobilisation, the qualities of a good community mobiliser, their roles and responsibilities and how to plan effectively for community mobilisation ensued. During the workshop, a road map detailing the process from community mobilisation all the way through to the provision of clinical and care services was created. The training ended with a reflection on Idowu Koyenikan’s quotation which says, “There is immense power when a group of people with similar interests get together to work toward the same goals”.

TB HIV Care · 6 days ago
@TBHIVCare
As we venture into a new year, we can foresee new trends and changes in the medical field with guidance from healthcare experts. To read about these interesting discoveries, follow the link: https://t.co/Fi5Q82xNrC