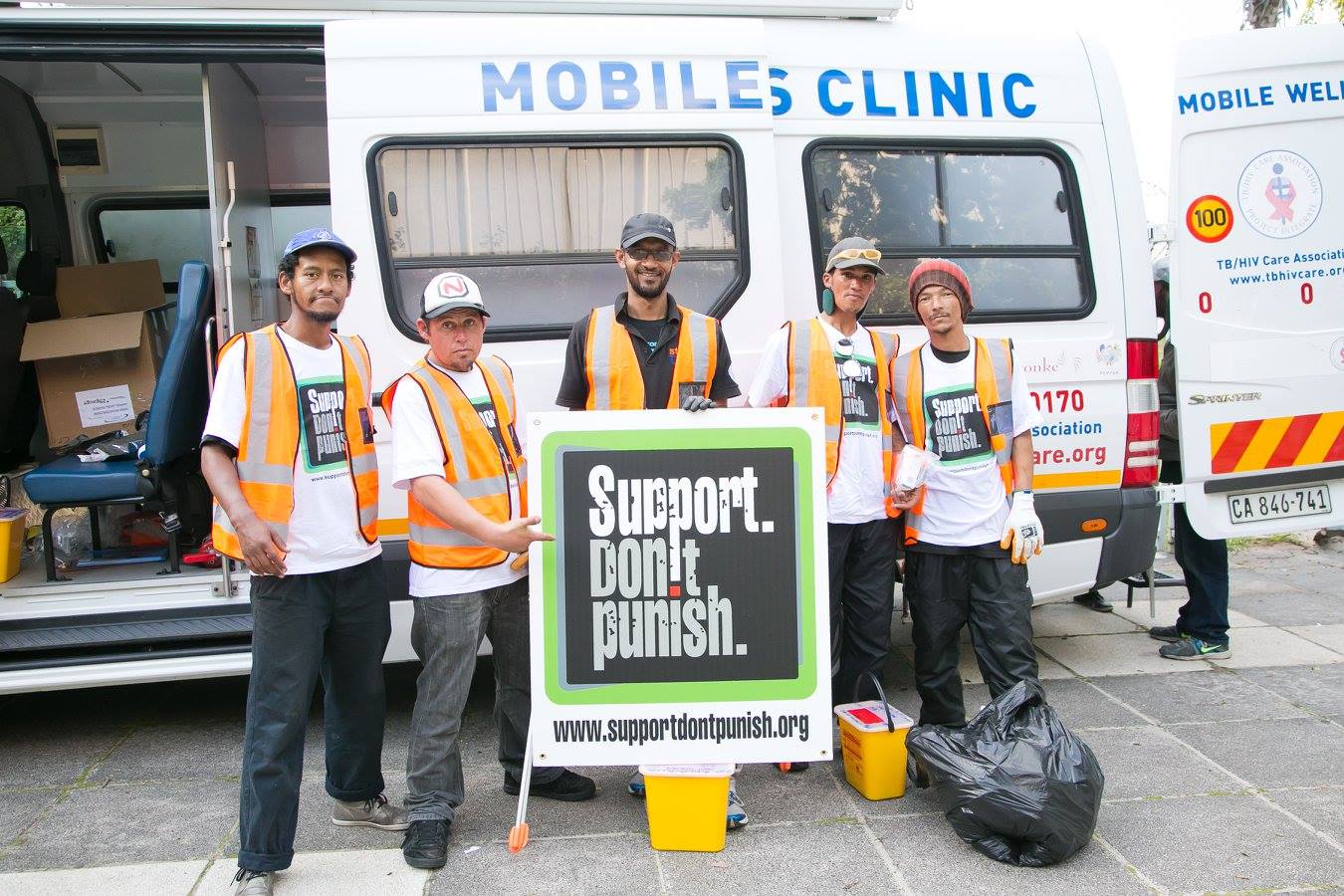 TB HIV Care is a non-profit health organisation that aims to prevent, find and treat TB and HIV and other major diseases. TB HIV Care’s work includes comprehensive HIV prevention services such as voluntary medical male circumcision, HIV testing services in public health facilities and in communities, as well as linkage to treatment and support for people living with TB and HIV.

We have also always been committed to providing healthcare to marginalised members of society who might not otherwise have access to care. As part of this work, we distribute needles and syringes to people who inject drugs as part of a package of services through our Step Up Project. This is done to mitigate their risks of blood-borne diseases such as HIV and hepatitis C. Like other cities around the world, Durban has a long history of injecting drug use. The Step Up Project was implemented in Durban after research revealed that there was an unmet public health need among people who inject drugs in the city.

The Step Up Project adheres to strict protocols and waste management practices to minimise the risks of anyone being exposed to used needles. This is a carefully considered response based on science, research data and compassion in the face of the HIV and hepatitis C epidemics that affect all South Africans.

In an incident on the 22nd January, a freak storm wave washed inappropriately discarded needles and syringes onto Durban’s North beach. The needles and syringes are generic and it is therefore not clear whether they were originally obtained through our project or if they were acquired elsewhere. Within 40 minutes the municipality response team – trained by and using equipment supplied by TB HIV Care’s Step Up Project – had responded. Shortly afterwards they were joined by members of the Step Up Project’s response team and within two hours the risk was removed. We have continued to perform twice weekly sweeps of the area to ensure that there are no further incidents.

We distribute sterile injecting equipment to our service users in a responsible manner and take every measure to ensure that these needles and syringes are returned to us or are safely disposed of. When needles and syringes are given out to service users, we provide health education including the importance of returning the needles, and safe ways to dispose of needles. We strongly encourage, and incentivise, service users to return the needles to us. We also provide our service users with portable ‘sharps’ containers, from which used needles cannot be extracted once inserted. In addition to the above, we conduct regular cleaning operations in public areas where we know people inject drugs to remove any needles that may have been discarded inappropriately.

These services are just part of the package of care the Step Up Project provides and that have been recommended by the World Health Organisation and the United Nations Office on Drugs and Crime as a way of reducing harms associated with drug use. Eighty other countries around the world operate similar needle and syringe programmes because of their effectiveness in reducing the transmission of disease. The services provided are recommended by South Africa’s National Strategic Plan for HIV, TB and STIs 2017-2022 and the Department of Health has confirmed that the provision, collection and disposal of sterile injecting equipment as part of HIV and viral hepatitis prevention services targeting people who inject drugs is in line with national policies and legislation.

The Step Up Project’s package of care for people who inject drugs in Durban also includes HIV counselling and testing, screening for TB and sexually-transmitted infections, basic wound care, social support and opioid substitution therapy (OST). OST is one way for people who use heroin to cope with withdrawal should they decide to stop taking the drug. It is a highly effective way for people who use drugs to build some stability in their lives so that they can approach issues like finding employment or reintegrating with their families.

Two of the greatest barriers to the safe return of used needles are the fear of being found carrying needles by law enforcement agencies and arrested, and the lack of specialised ‘sharps’ bins in public areas where needles could be disposed of safely.

We believe that a collaborative, compassionate approach between all parties would help us create an environment in which there is less risk of needles being discarded inappropriately, and where everyone feels safer.  We look forward to working with the City and all its people to find creative, inclusive solutions for a safer and healthy city.

For more information about our Step Up Project and our harm reduction services please visit: www.stepupprojectsouthafrica.org