Have you got the moves? TB HIV Care uses dance trend to promote condoms.

With Valentine’s Day comes an increased buzz around love, relationships and sex. But with studies showing a that fewer young people are using condoms, non profit organisation, TB HIV Care, partnered with local rapper KroBarz to encourage young people to opt for safer sex during the season of love. They offered R1000 to the person or team who could best replicate a dance challenge to an amapiano remix of KroBarz’s song ‘Condomise’.

Anyone wanting to enter could download the ‘Condomise’ song from the TB HIV Care Facebook or TikTok page. They then created a video replicating the Condomise dance moves and posted the video on their profile (TikTok, Facebook or Instagram) and @TBHIVCare, using the #tbhivcare#condomise hashtags.

According to Michelle Carey, Deputy Communications Manager at TB HIV Care, condoms are still important in keeping people safe and healthy, “We have wonderful new tools to prevent HIV, like PrEP
(a daily pill) and medical male circumcision, but condoms are still the only tool that can prevent both pregnancy and STIs, including HIV.”

Despite this fact, a national study by the Human Sciences Research Council published in 2019 showed that condom use among the youth (15-24 years old) had remained static between 2012 and 2017 at about 50% for females and 68% for males, but that this represented a significant drop from 2008 levels males. This is backed up by a recent release from the City of Cape Town which stated that male condom use had halved between 2019/20 and 2020/21 and that female condom use was a third of previous levels.

“Young people are smart and follow the trends. By using a dance challenge, we’re trying to inform them of the importance of using condoms in a fun way that lets them put their own spin on the message of safer sex,” said Ms. Carey.

The eventual winners were a group of PrEP ambassadors from the uThukela district in KwaZulu-Natal. They are pictured below with their voucher prizes and you can watch their creative submission here. 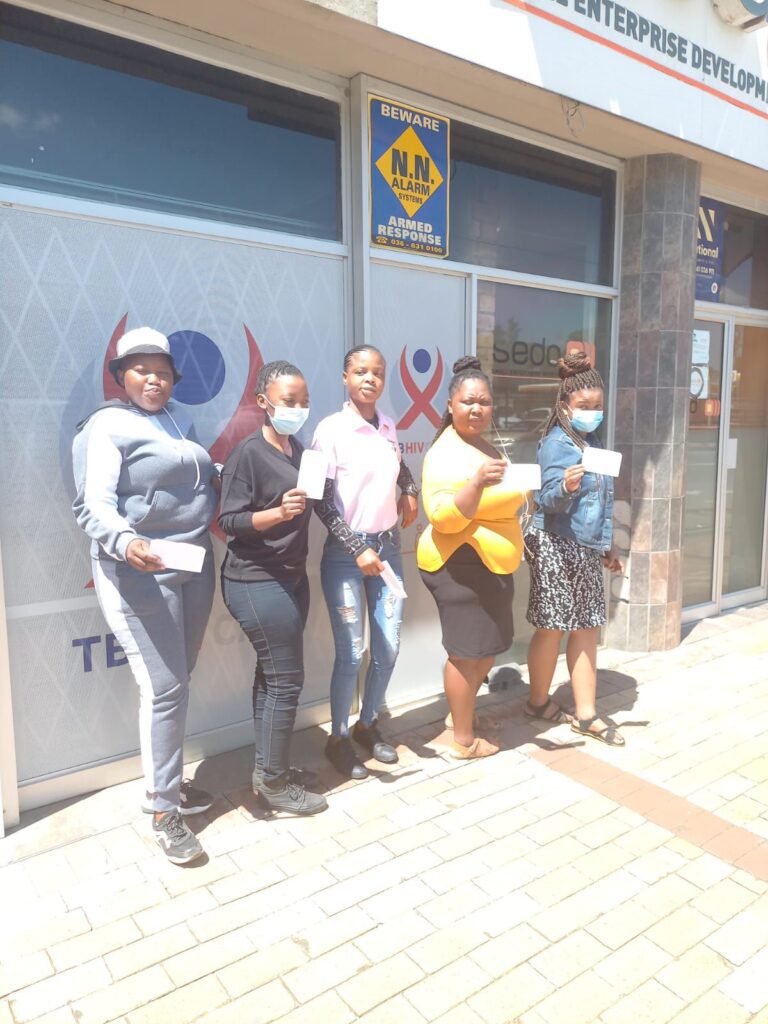