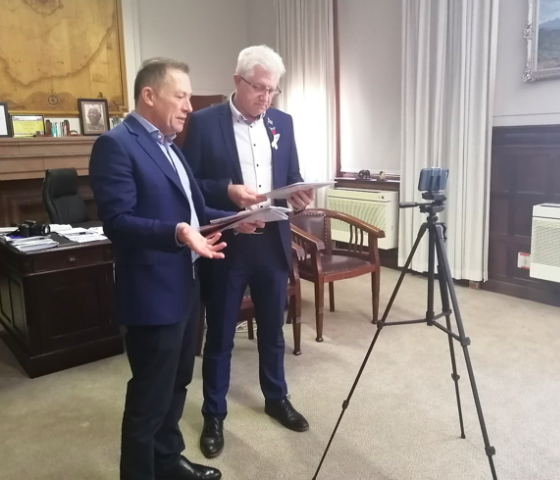 On Wednesday, Western Cape Premier Alan Winde, who is also the Chairperson of the Provincial AIDS Council, announced that he would undergo an HIV test and the associated counselling, in the run-up to World AIDS Day.  The aim was to encourage people to take responsibility for their health, and find out their status

Ellenize set up the testing environment, conducted the pre-test counselling and oversaw the testing process. The test was administered by the Western Cape Minister of Health, Dr Nomafrench Mbombo. 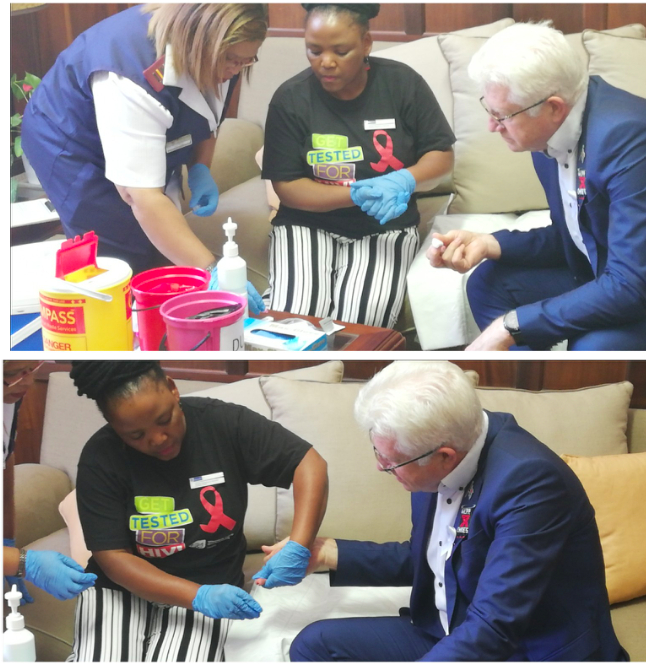 Dr Nomafrench reiterated the purpose and message behind the occasion.

“The message today is not about the outcome, whether you are positive or negative.  The purpose is about getting tested.”

Prof Harry Hausler was interviewed by Cape Town TV and was asked about general HIV statistics and HIV self screening. He had the following to say about the event:

“It’s really great to see the leadership in this province being involved in speaking about HIV and raising awareness about it and leading by example by getting tested for HIV.”

You can view a video on the event here.

TB HIV Care · 19 hours ago
@TBHIVCare
The Chris Hani district held an appreciation day for New Rest Clinic for being the best performing facility among all the DSD facilities in the district. The THC team pulled together their own funds to buy the cake and drinks. Awesome work team!

TB HIV Care · 2 days ago
@TBHIVCare
Teenage pregnancies are growing at a rapid rate. This article looks at the various strategies to reduce the rate and prevent pregnancies amongst young adults. Read more here: https://t.co/KwoIhvKvSD

TB HIV Care · 4 days ago
@TBHIVCare
We wish all the beautiful people of this nation a unified, wonderful #HeritageDay.

TB HIV Care · 5 days ago
@TBHIVCare
What is community-led monitoring: Read an excerpt from our recent tweetchat to find out.

TB HIV Care · 7 days ago
@TBHIVCare
Whether indoors or out and about, the iCare hoodie is still a stunner! Seen here is one of our staff 'striking a pose' in one. Thanks to our staff for living the values and behaviours of TB HIV Care.