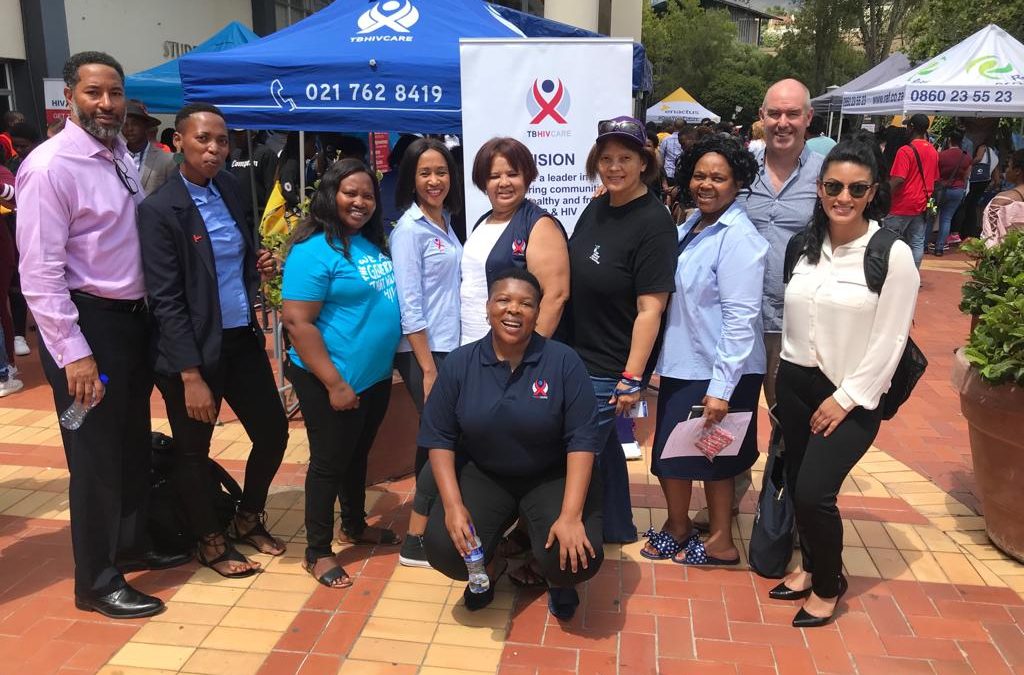 Representatives from the Office of Inspector General (OIG) for the US Government are currently being hosted at TB HIV Care’s Head Office in Cape Town.  Their role is to conduct audits linked to work completed in COP16 and COP17 under the PEPFAR (CDC) grant.  The OIG is keen to witness outreaches, conduct site visits and gain insight into processes as part of the 3-week audit.

A week later, on the 30th of January, the OIG joined Gareth Lowndes at the Cape Peninsula University of Technology (CPUT). In partnership with the Department of Education, THC has been complementing CPUT wellness initiatives for about ten years. There are usually four interventions annually and this visit was aligned to orientation week (O-Week).

CPUT has approximately 35 000 students across ten campuses, and the target is to test a minimum of 10% of those students annually.  Sr Bonita (CPUT HIV/Wellness coordinator) estimated the HIV incidence on site was 4%.  The TB HIV Care crew provided HIV testing, TB-screening, PrEP education and condom awareness/distribution on the day. The Department of Social Development was there to talk about gender-based violence and drug use in communities.

The OIG team interacted with TB HIV Care staff, three PrEP ambassadors, as well as CPUT students.  OIG took the opportunity to ask a number of questions, including why students wanted to test for HIV, why they are considering PrEP and their knowledge and experience of HIV within the South African context.  Of eleven young women attending an HIV briefing, seven had previously tested for HIV and knew their status. It was fantastic to see curious students milling in and around the TB HIV Care gazebos and mobile clinic, asking questions, chatting to our team and accessing services. Thank you!