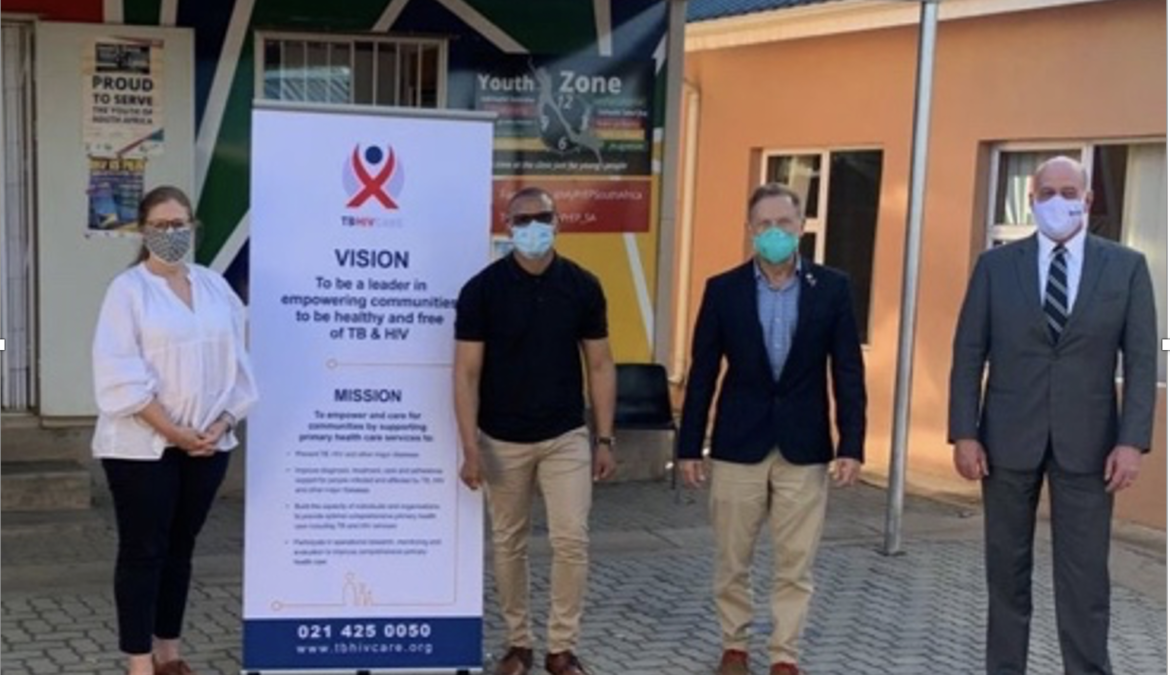 In March 2021, Dr John Blandford (CDC Country Director), led a delegation to Xhora CHC and Stanford clinic in Amathole and OR Tambo districts, respectively, to review the status of both facilities in the implementation of 95-95-95 indicators. Before the facility visit, an in-brief meeting was convened and attended by a provincial, district and facility delegation. The delegation presented the approach, facility profile, facility performance, and best practices together with challenges that impede the progress towards reaching the UNAIDS targets. Dr Blandford emphasised that the visit aimed at understanding the current operations around TB and HIV services.

Facility staff were interviewed around the processes of upscaling TB and HIV testing, which they explained is done by:
• administering a risk screening tool
• a targeted approach in testing the right individuals who are at risk of acquiring TB and HIV
• index testing services and HIVSS
The delegation was impressed by both facilities’ performance and suggested that the best practices from these teams be rapidly expanded in other facilities. These included the Men’s Corners, Coach Mpilo project and MINA campaign which all target men, who have a higher HIV positivity yield (22%) compared to their female counterparts (9%).

TB HIV Care · 18 hours ago
@TBHIVCare
DID YOU KNOW: Condoms remain the only single method that prevents both unplanned pregnancies and the transmission of sexually transmitted infections, including HIV.
#didyouknow #condomweek #tbhivcare https://t.co/nqVi356PUo
View on Twitter
0
0

TB HIV Care · 2 days ago
@TBHIVCare
INTERESTING FACT: Condoms have been used since ancient times, documented since the Renaissance. Rubber condoms became available in 1855, followed by latex condoms in 1920s.

TB HIV Care · 3 days ago
@TBHIVCare
There are only 9 days left till the Condomise Dance Competition closing date… The good news is you can still enter the competition to stand a chance to win a R1000 voucher!!!

TB HIV Care · 1 week ago
@TBHIVCare
As we venture into a new year, we can foresee new trends and changes in the medical field with guidance from healthcare experts. To read about these interesting discoveries, follow the link: https://t.co/Fi5Q82xNrC